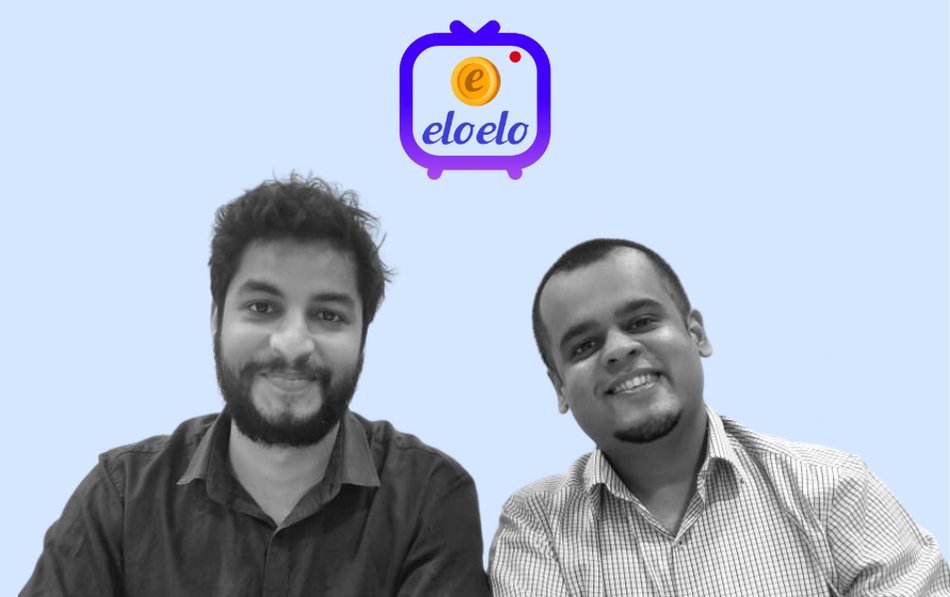 Remember Kaun Banega Crorepati? When the show first aired in July 2000, it instantly had audiences hooked and while nobody imagined how widely and fast it would pick up, the show eventually became the most watched television program in India. A big factor behind KBC’s success was its host – Amitabh Bachchan. His interaction with the contestants, and his style of conducting the game show was well received by the audience, many of whom tuned in to watch him host a TV show for the very first time.

While the era of TV may have declined, we see a need for new formats & new stars to be created, who are able to create a massive following and keep the users highly engaged. This has been made possible with the help of tools and platforms that enable these creators to build highly engaged fan following, direct monetization channels and eventually help them grow their business.

Eloelo is an Influencer-led interactive gaming platform that enables creators to host games on a live video stream. Creators can engage and interact with their fans, recreating a TV-like experience, while conducting live games including the likes of Chhidiya Udd, Tambola, Tol Mol ke Bol, Dumb Charades, Trivia and others. This new entertainment platform for Bharat lies at the intersection of creator monetisation and social gaming and as a user, the format takes you back to the times when you used to watch live gameshows on TV, hosted by celebrities!

Kalaari is an active investor in platforms and tools built for the 80M creators in India fuelling the creator economy. Data consumption per smartphone in India is currently the highest in the world and as smartphones become more affordable, more Indians are getting access to the tools and platforms that enable content creation and monetisation.  We expect millions of creators and knowledge professionals to explore micro-entrepreneurship as monetisation models continue to mature.

The Rise Of Micro-Influencers

Fundamental changes in consumer behaviour along with certain macro factors have enabled the rise of the creator economy. Consumption patterns of Indians have evolved, we want to follow people we identify with, and consume products that showcase our individuality. This has led to a shift in power from large brands and corporations to individual creators.

While we have seen the rise and empowerment of creators over the last decade, the distribution of income among them has been skewed. Social platforms solved the problem of discoverability, but most of the wealth these influencers created was captured by the platforms themselves. The next evolution of the creator economy will now see the creators ‘owning’ the relationship with their fans and customers with the help of tools and platforms that help them monetise their following.

Traditional social games have always been India’s favourite! Remember the fun Housie and tambola sessions  with your friends when you were growing up? Now those experiences are being replicated on Apps and on the Internet. We are seeing more people from Tier II, III+ regions engaging in different social groups with the help of these games.

In fact, casual gaming represents one of the fastest growing segments of the video game industry in India. Successful business models such as In-App Purchases and advertising revenues have helped spur growth. These games target a wide, mass-market audience, as opposed to games made for a more niche audience.

Why we invested in Eloelo?

Eloelo is an Influencer led interactive gaming platform that enables creators to host games on a live video stream. Enabling creators to engage and interact with their fans, recreating a TV-like experience digitally for them. With over 12 traditional Indian games including the likes of Chhidiya Udd, Tambola, Tol Mol ke bol, Dumb charades, Trivia and the recently launched cricket prediction game, the platform has built a new form of interactive entertainment for Bharat combining social games and live streaming.

Eloelo games take you back to the times when we used to watch live gameshows on TV, hosted by famous celebrities!

At Kalaari, we strongly value product thinking. We were highly impressed with how Saurabh and Akshay have built the platform. Their vision of creating the go-to immersive entertainment platform for creators in Bharat resonated with us.

Akshay & Saurabh bring strong complementary skill sets and make a formidable team! While Saurabh led various categories at Flipkart, Akshay has experience scaling different verticals with Flipkart, GoZoomo and Intugine. They have a deep understanding of the needs of creators and their fans, and bring unique insights into the space.

Eloelo has crossed 3M users with 100M+ gameplays within 18 months of their launch. The platform allows creators to host interactive live events with participative games inside live shows – creating strong engagement and deeper bonds with fans. They also have a healthy balance of 50% female users on the platform. A few notable livestream events with stars like Sapna Choudhary and Chinki-Minki crossed 15,000+ concurrent viewers.

With over 30,000 creators onboarded – Eloelo is on track to become the go-to place for creators and micro-influencers to monetize and engage with their audience.

Traditionally, only the top 1% of creators online are able to monetise effectively through ad revenue sharing with social platforms. Today, there is an opportunity to build tools that enable the long tail of creators to monetise even if they don’t have millions of fans. We will see platforms enabling direct monetisation for creators through a variety of ways: creators offering direct fan subscriptions with access to exclusive content, one-on-one communication between creators and fans, facilitating close-knit group interactions, tipping and donation, etc.

With deep focus on user and creator acquisition, Eloelo has succeeded in achieving PMF, strong growth and engagement. And their next phase of growth will help create new monetisation avenues for creators from all corners of India.

We are grateful to Manish Kheterpal, Anjali Sosale from Waterbridge Ventures and Justin Keeling, Salone Sehgal from Lumikai Fund for introducing us to Saurabh and Akshay and we are highly excited to work along with KB Investments, Better, Rocket Capital and Convivialité Ventures.

Saurabh Pandey, Co-Founder and CEO at Eloelo said – “Eloelo lets them imagine completely new interactive live experiences to engage fans. We have been growing at 40 percent month-on-month with a vision to build the future of interactive entertainment. Our Series A fundraise demonstrates the belief our current and new investors have in what we are building.”

We, at Kalaari, are delighted to partner with Eloelo on their exciting journey to unlock new monetisation models for creators with their unique blend of social games & interactive live streaming.