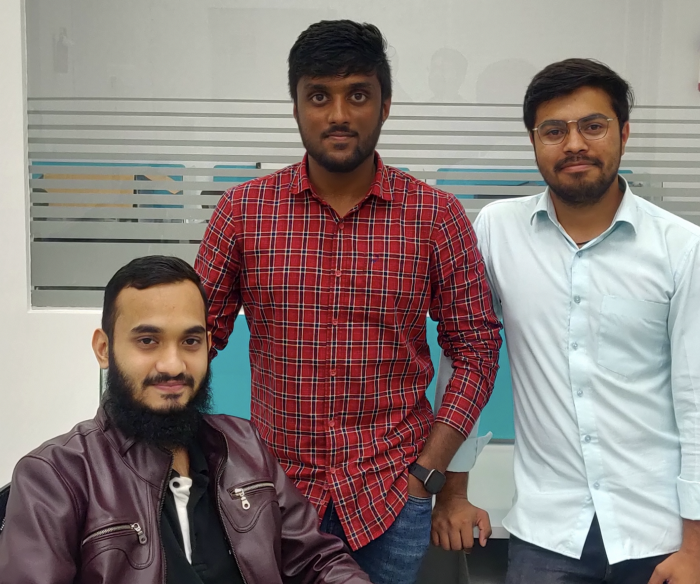 The New Space Economy and the Indian Space sector

From commercializing the Lower Earth Orbit (LEO) for space-based services to helping us capture the imagination of becoming a multi-planetary species, several space startups have emerged over the last decade. These startups have been building and innovating across the cycle, with sub-themes including Rocket Launchers, Satellite Manufacturing, Ground Station, Ancillary Services, and In-Space Manufacturing.

Morgan Stanley estimates that the global space industry could surge to $1T by 2040. In fact, the number of satellite launches to space has been rapidly increasing, and is predicted to grow exponentially. As of early 2021, there were an estimated 4.3K satellites in space. SpaceX’s Starlink, which is arguably the most ambitious space-based project, alone has permission from the US FCC to deploy 12K satellites in orbit. Additionally, it has already filed for requesting permission to deploy 30K more satellites.

In India, ISRO has established its credibility as one of the most efficient and accomplished space agencies globally and has built an ecosystem of suppliers and fabricators around it. ISRO has consistently delivered the most capital-efficient space missions while also building its credibility in space mission reliability. With the increased privatization of the Indian space sector, multiple startups have emerged that can now leverage ISRO’s expertise to build from India for the world.

Just as India was able to skip the landline and telephone generation by directly adopting mobile phones, space-based services provide a similar opportunity to do the same with telecommunication and geo-imaging. Using space-based services as a catalyst, India can accelerate internet access and digital connectivity in the remotest of areas. At the same time, the next wave of efficiency and intelligence in agriculture, weather, mapping, tracking, disaster management, and mineralogy can be driven by geo-imaging systems.

One major concern around the growing traffic and race towards commercializing space is debris, which is expected to increase significantly.

It is estimated that there are around 34K debris objects that are greater than 10 cm in size, about 900K objects that are between 1–10 cm, and over 128M space debris particles that are smaller than 1 cm in diameter. While debris of this size may seem harmless in isolation, in LEO, where orbital speeds can go over 27,000 kilometers per hour, they can have devastating effects if they collide against an active satellite or a space vehicle, making them a real problem.

Therefore, robust space situational awareness needs to be developed, which will allow for greater visibility and awareness that is critical for safe commercial missions to space.

Apart from the growing concerns around space debris, the current move to use smallsats for commercializing LEO means that the companies adopting these solutions generally launch a constellation of satellites. These satellites form a network around Earth to provide global and near-real-time coverage. These constellations must be dense and operate in sync to optimize for reduced latency and maximum coverage. The operational stability and feasibility of such designs depend on real-time situational awareness that can allow a satellite’s trajectory and movement to account for satellites in the vicinity from its own or another constellation.

Why Kalaari Invested in Digantara

Digantara is the first Indian company and one of the few globally working on developing space-based situational awareness. It has developed a patented LiDAR-based space debris monitor that can track objects up to 1 cm in diameter. So far, this is something that no other existing ground-based system has been able to do.

Digantara plans to build a comprehensive data stack that will provide end-to-end information for object tracking and space weather conditions. This data will not only enable space companies to track and avoid debris particles, but will also be critical for mission planning and orbit determination. And, as more LEO-based space services get activated, robust situational data will enable dense constellation networks to operate seamlessly.

When we first met the founders Anirudh, Rahul, and Tanveer, they had already spent a significant amount of time in the space ecosystem. They studied and built satellite components and learned various aspects such as satellite manufacturing and mission planning. They have since gone on to understand how the commercialization of space is unfolding by interacting with multiple companies and industry experts. At one such space conference, they realized how serious the Debris problem is and how it could hamper the vision to a truly open space. Ever since then, Digantara has focused on building solutions to develop object tracking capabilities.

We believe Digantara is building the infrastructural layer and space awareness capabilities that will be the enabler for all subsectors in their vision to commercialize space.

The founders’ passion towards building for space situational awareness and enabling commercialization of space, combined with their drive and hustle, led to our conviction. Their deep understanding of the space ecosystem at a young age led us to believe that the company will have the right balance in continuously evolving its technical capabilities while at the same time building and scaling a global space company from India.

From Anirudh Sharma, the CEO of Dignatara — “It is very rare to come across an investor who would understand technology and business in just one meeting and back us since then. A unique experience working with Kalaari Capital — Ravinder (Ravi) Singh, Avinash Ramanathan & Pranav Koshal. In all the interactions that we had, Kalaari’s approach with Digantara’s startup investment has made it evident to us regarding their incisive understanding about a deep-tech startup’s development cycle!”

Wish to work with Digantara? Drop an email at careers@digantara.co.in