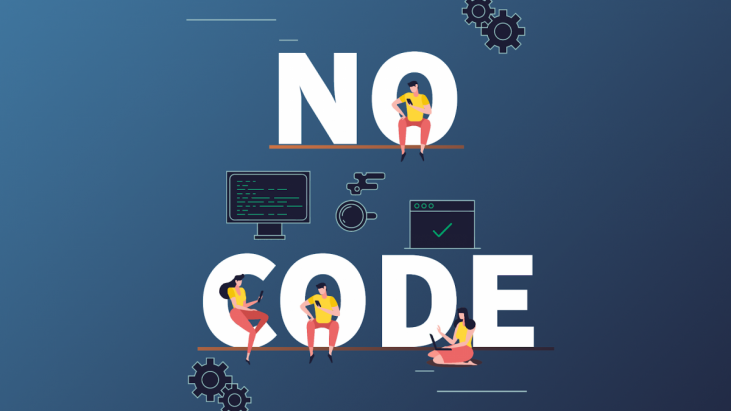 If we were to rewind 10 years back, many applications and web designs would depend on developers who had to work day and night, to make their code work. Fast-forward to 2022, the developer’s job is to code a tool to help us develop with no code.

You may not realize it, but you would have used a no-code or low-code tool already.

Want to build a website quickly > We have Webflow and Figma

Want to create collaborative workplace applications > We have Airtable

Want to quickly develop your mobile application > We have Adalo

Firstly, let us understand, what is no code and how does it differ from low code?

Low-code solutions are designed for users with some development experience such as developers needing to quickly build apps, employ visual development environments and automated linkages to back-end systems, databases, web services, or APIs.

On the other hand, no-code solutions take this abstraction a step further, introducing visual drag-and-drop interfaces that involve no coding at all.

Why is now the time for no-code revolution?

Around the early 2000s, the third wave of collaborative software first began. Salesforce was founded in 1999, JIRA appeared in 2002, Google Docs was released in 2006.

Collaborative software started to replace personal software followed by a migration from desktop to the web.

So, what did no-code/low-code tools enable in terms of productivity?

How omnipresent is the no-code revolution?

The phenomenon of no-code is across industries but if we focus on just the SaaS space, no-code tools are omnipresent. From creating interactive onboarding guides to project management tools as well as from automation of redundant tasks to analytics – no-code tools have created massive productivity in our day to day lives. Some of the prominent examples include Zapier (automation), Atlassian (project management), Otter.ai (voice-tech) and Marketing (Mailchimp)

As per Gartner, low-code and no-code solutions will constitute 65 percent of application development by 2024.

To code or not to code – now that’s no longer the question!