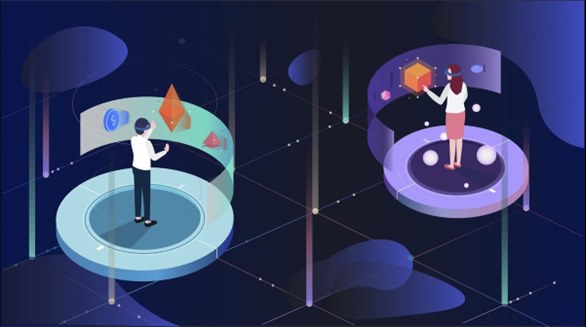 What exactly is the Metaverse?

When the internet began to take shape in the late nineteenth century, no one had any idea what it would look like, let alone predict the impact and influence it would have on our daily lives. From commerce and travel to education and recreation, the World Wide Web has become an irrevocable and indispensable part of humanity and its identity. The metaverse in simple terms, is a representation of the next evolutionary stage of this space that we call the internet.

A combination of the terms meta (meaning in succession to; after) and universe, the concept is not an invention, but rather a broad shift in how humanity interacts with the digital world. The term consists of a bevy of overarching concepts, ranging from the as existing Augmented/Virtual reality devices (AR/VR) and Non-Fungible Tokens (NFTs) to the futuristic Artificial Intelligence (AI) and holographic apparatuses wielded by Tony Stark in the Marvel Iron Man movies.

That is quite interesting, but are we not decades away from the ‘metaverse’ being a part of daily life?

Not necessarily. We are amidst a golden age in technological revolution.

In April 2016, the AR mobile game Pokemon Go became a cultural phenomenon by capturing 50 million players. Subsequently in April 2020, American rap artist Travis Scott performed at a concert held in the virtual world of the popular online video game – Fortnite. More recently in January 2022, an Indian couple got married on the metaverse, with guests attending the ceremony using customizable avatars.

There are several companies offering functional extended reality (XR) services – from virtual workspaces provided by Gather and Teamflow to the inventory-less retail experiences operated by Amazon and Bingobox.

But why should I – as an everyday consumer care?

Just like it’s predecessor —the internet, the metaverse is radically going to alter and shape human culture. It is set to extend the digital concept that is cyberspace while serving as an augmentation of our engagement with the digital world. From virtual travel experiences to home commerce with try/taste/feel before you buy functionality, from simulating real world social interaction in the digital space to purchasing virtual real estate. The metaverse is already upon us. It is no longer a matter of how but rather when.

Simply put, one can no longer be averse to the concept of the metaverse.

What is the METAVERSE