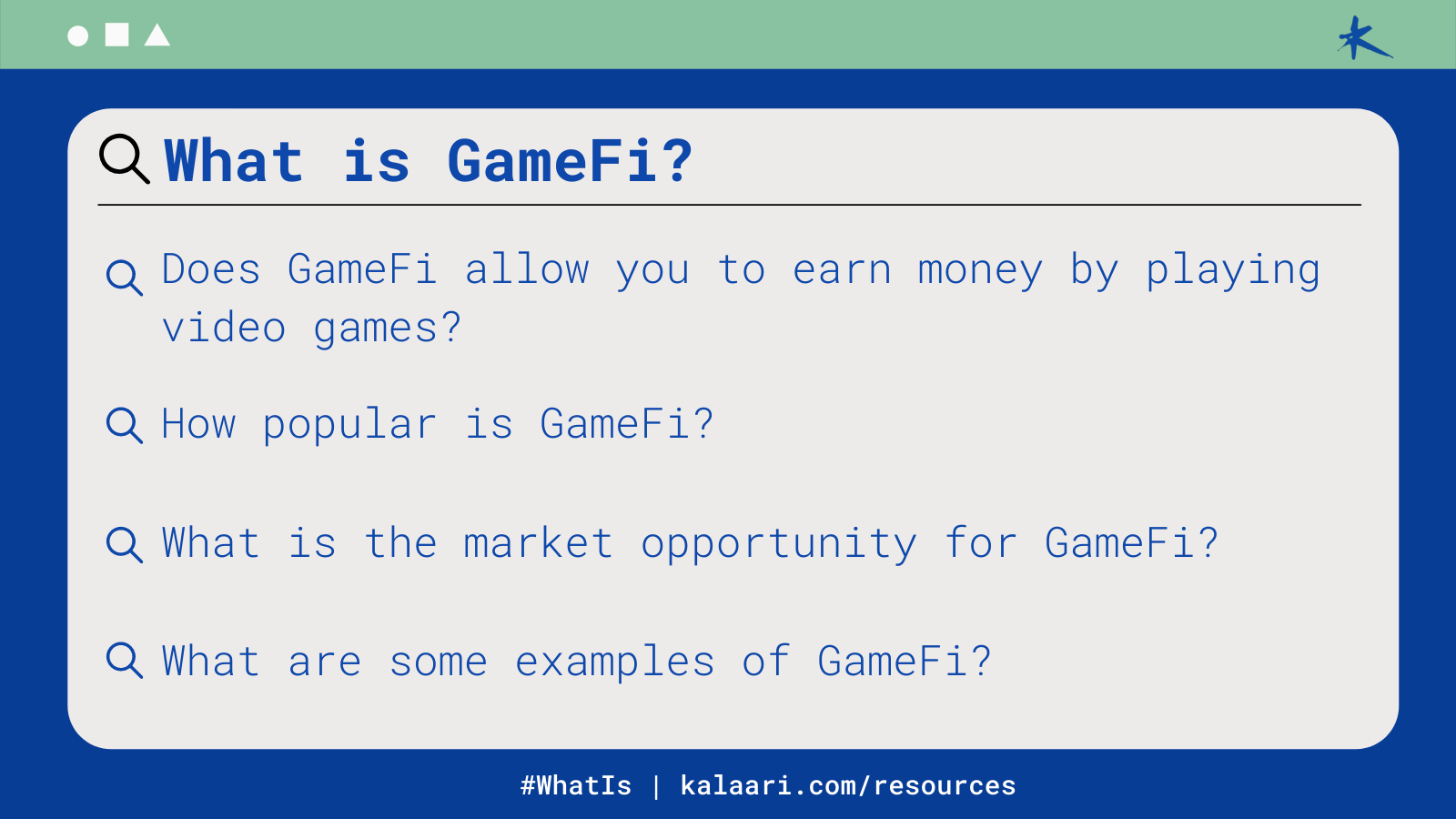 What exactly is GameFi?

A combination of the words Game and Decentralized Finance (DeFi), GameFi refers to the concept of playing video games on decentralised applications for economic incentives. Unpacking that statement — GameFi provides the opportunity for people to play video games that are stored and maintained on the blockchain in exchange for cryptocurrency tokens.

Explaining the same in the form of an example: In the popular 2009 agriculture simulator Farmville — players earned rewards called Farm Coins by performing game related tasks such as ploughing land, harvesting crops and raising livestock. These Farm Coins could be used to purchase better tools, higher quality seeds and more land.

However, recreated in the world of GameFi, the blockchain allows users to Play-To-Earn by providing a mechanism of converting their Farm Coins to real world currency. This system thus allows players to monetize the previously non-transferrable rewards they earn within a video game.

Basically, GameFi allows you to earn money by playing video games — is that all?

Play-To-Earn is just one of the benefits provided by GameFi. In traditional video games, players spend several hours to gain experience, level up and earn the best loot…just to lose it all when they move onto the next video game. However, since all game assets are stored on the blockchain, GameFi creates a system for cross-game asset transfer. In this instance, rare in-game resources such as the ‘John Wick’ skin made available to just 100 of the 350 million Fortnite: Battle Royale players can be transferred across the digital ledger to be utilised in other video games; thus preserving its utility and value.

The blockchain is a mechanism that confirms ownership of an asset. And like the traditional banking system, facilitates the short term leasing of said assets for monetary return. Such systems also allow for the deposit of cryptographic tokens by way of ‘staking’ in exchange for interest that is paid in the form of the invested token.

How popular is GameFi?

At present, the most popular GameFi or Play to Earn (P2E) game is a 8.3 million strong turn-based card battler called @AxieInfinity. Using Pokemon-esque creatures called Axies, players battle against computer controlled enemies or other players to earn Smooth Love Potion (SLP) – the native cryptocurrency of the game. Currently 1 SLP is valued at ₹0.86.

Developed by Vietnamese based Sky Mavis, the game has become a part of the cultural zeitgeist in developing economies such as the Philippines which account for 40% of its total user base where monthly player earnings exceeded the daily minimum wage of the island nation.

In 2021, 590 P2E video games generated $480.7 billion in total transactions across a daily total player base of 1.4 million. And with leading gaming organisations such as Microsoft and Take-Two announcing their acquisitions of Zynga and Activision Blizzard respectively to more effectively tackle blockchain-related opportunities, it is clear that, the future of gaming is not Play but Play-To-Earn.

What is the METAVERSE