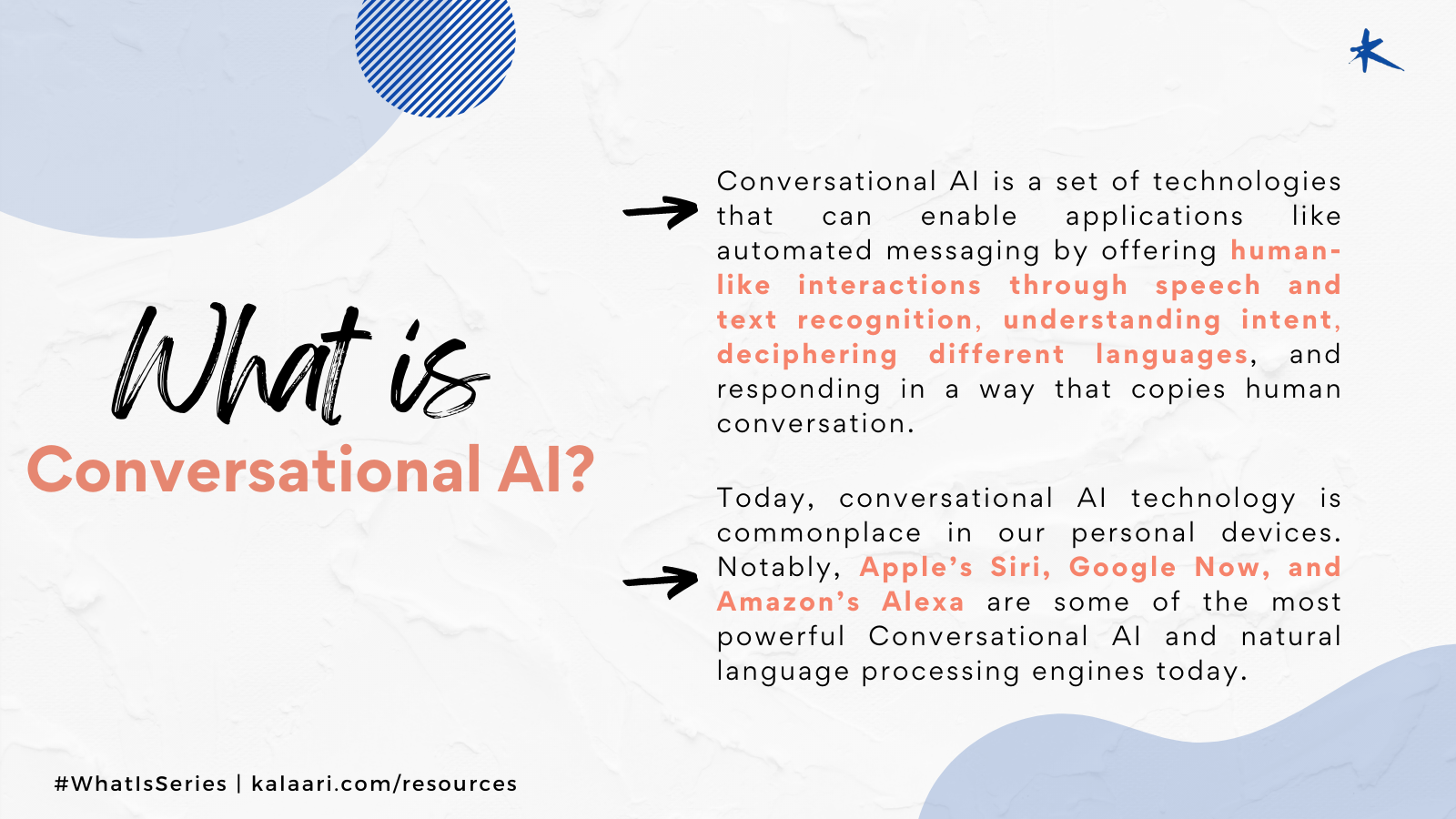 Throughout history, our biggest competitive advantage as humans has been our ability to communicate through language.

But recently, how many times have you interacted with a chat bot relating to a delayed order on Swiggy or Zomato? Or interacted with an automated WhatsApp bot for some order you placed for a D2C product? Or with your bank?

How does Conversational AI work today?

Conversational AI is a set of technologies that can enable applications like automated messaging by offering human-like interactions through speech and text recognition, understanding intent, deciphering different languages, and responding in a way that copies human conversation.

Conversational AI as an idea was conceived in 1950 by Alan Turing. The first ever natural language processing computer program, Eliza, was developed at MIT in 1966. Conversational AI and artificial intelligence in general accelerated as mobile applications became mainstream. The first type of chatbots were invented in 2001, and allowed users to retrieve simple information such as stock prices, sports scores, yellow page listings etc.,

Most of the customer service-related queries today get solved through Conversations AI. This enables faster response time and helps companies have lean teams for customer support.

The conversational AI space is poised for commoditization and greater competition in the next few years. We are excited about applications in several spaces including –

Conversational AI has already proved itself across different use cases, and the technology is only getting better.

3D Printing — The Future of Manufacturing